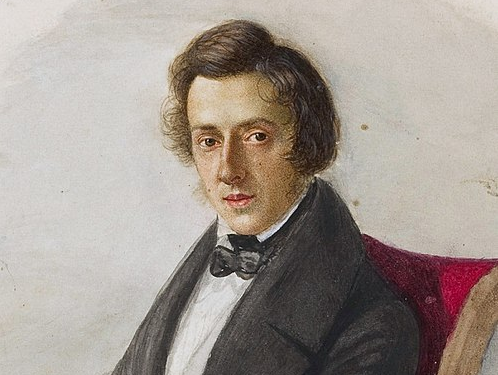 During the CHOPIN200 International Festival on the occasion of the bicentenary of the great composer Frederyk Chopin in Romania, organized by the Center of Excellence of the National University of Music in Bucharest, together with the Polish Institute in Romania, was presented to the Bucharest public, in the first audition, the concert for 3 pianos signed by the composer Adrian Leonard Mociulschi under the title “Homage to Chopin”. As a unique element, the Romanian composer took the stage of the National University of Music, playing one of the 3 keyboards.
Adrian Leonard Mociulschi (b. 1973), winner in Beijing with the Himalayan Trophy (1995) and in Valencia with the First Prize (2000), brings to the International Festival CHOPIN200 an artistic moment dedicated to intercultural dialogue and tolerance, concretizing a tribute to the great European composer and universal, through music without borders. The composer declared for TVR that

“We are witnessing an event with a double significance. On the one hand the International Year of Frederic Chopin, according to UNESCO, but also the International Year of Youth. We must not forget that Frederic Chopin, after all, was an exponent of the young woman. generations of composers during the four decades in which he lived and composed an immortal work, and perhaps, more than that, Chopin, belonging to two spiritualities, French spirituality, Polish spirituality and perhaps it should be said, European spirituality is a model of intercultural dialogue. “