The consecration of the monument of the heroes from Feleacu, Cluj county 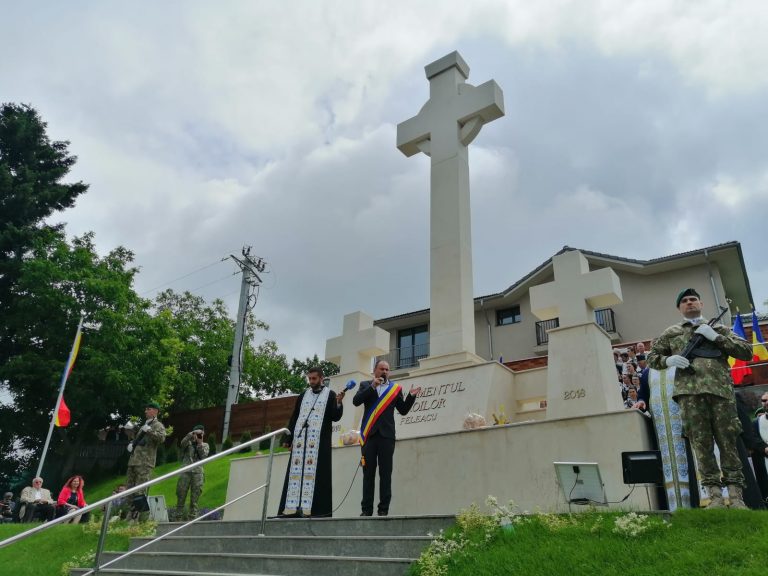 The monument of the Felecani Heroes, who lost their lives in the two world wars, was consecrated on Sunday, July 4, in the commune, according to Știri de Cluj. “In the commune of Feleacu in Cluj County, a monument was erected in memory of the heroes who lost their lives in the two world conflagrations. The monument of the Felecani heroes was consecrated today, July 4, by a council of priests led by the Metropolitan of Cluj, Maramureș and Sălaj ”, announces the 4th Infantry Division“ Gemina ”. According to the quoted source, the Honorary Detachment was formed by soldiers of the 317 ISR Regiment “Vladeasa” and the Military Music of the 4th Infantry Division “Gemina”. The ceremony was attended by the Metropolitan of Cluj, His Eminence Andrei Andreicuț, and political officials. The initiative to erect this monument belonged to Prof. Dr. Simon Simion, and the financing for the erection of the monument was obtained by the Feleacu City Hall from the Government of Romania through a program dedicated to the Centenary. The arrangement around the monument was made by Feleacu City Hall in collaboration with the Association “Feleacu Composesorat”, “Feleacu Initiative” Association, Feleacu Local Council (an additional mention for the involvement of councilors Rus Danut; Mircea Sabou; Nasalean Toader).